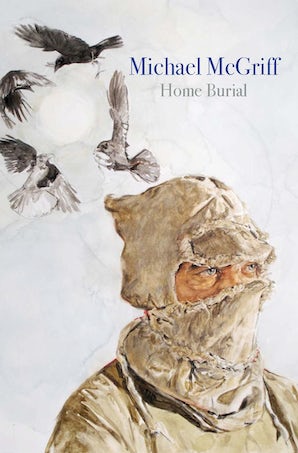 "A lyricist at heart, McGriff is a masterful maker of metaphor."Third Coast

"There is majestic beauty in these descriptions, and it is clear that McGriff honors this place as a placenot as mere setting, but as a distinct element of his verse."Gently Read Literature

Michael McGriff's second full-length collection explores interior landscapes and illustrates life in a rural community in the Pacific Northwest. Whether tender or hard-hitting, McGriff juxtaposes natural images of deep forests, creeks, coyotes, and crows against the harsher oil-grease realities of blue-collar life, creating poems that read like folk tales about the people working in grain mills, forests, and factories.

The new law says you can abandon your child
in an emergency room,
no questions asked. The young father
carries the sleeping boy
through the hospital doors.
Later, alone, parked at the boat basin,
he takes a knife from his pocket,
cuts an unfiltered cigarette in two,
lights the longer half in his mouth.
He was a medic in the war.
In his basement are five bronze eagles
that once adorned the walls
of a dictator's palace.

“Work has never been a literary theme park for me—it’s what I know and have known.”—Michael McGriff

Michael McGriff: Michael McGriff is the author of Dismantling the Hills, which won the Agnes Lynch Starrett Prize in 2007. He has been a Michener Fellow, and received a Ruth Lilly Fellowship, a Lannan Literary Fellowship, and a grant from the National Endowment for the Arts.