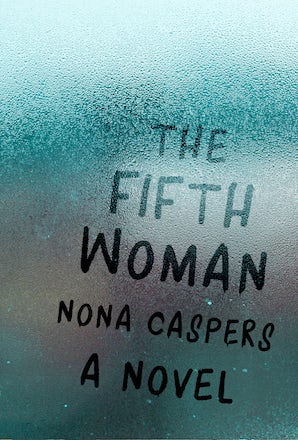 Years after Caspers’s unnamed narrator loses her first lover in a tragic accident, she finds herself wondering, “What did she want from me? What are the things that matter?” In vivid, richly detailed vignettes, the book tracks the cyclical nature of grief and remembrance across a life fractured by loss. At times dryly comical, at other times radiantly surreal, The Fifth Woman is a testament to the resurrecting power of memory and enduring love.

Lyrical and semi-surreal, The Fifth Woman traces the ebbs and flows of a young woman’s life fractured by grief.

Nona Caspers is the author of Little Book of Days (Spuyten Duyvil, 2009) and Heavier Than Air (University of Massachusetts Press, 2008), which was honored with the AWP’s Grace Paley Prize in Short Fiction and listed as a New York Times Book Review Editors’ Choice. Her work has been supported by a National Endowment for the Arts Fellowship, a San Francisco Arts Commission grant, a LAMBDA Literary Award nomination, and the Joseph Henry Jackson Literary Award, among other awards. Stories have appeared in numerous literary reviews, including Kenyon Review, Glimmer Train, Cimmaron Review, Black Warrior, and The Sun. She is a professor of creative writing at San Francisco State University and lives in San Francisco.

Stacey D'Erasmo is the author of four novels and one book of nonfiction. Her first novel, Tea (Algonquin, 2000), was selected as a New York Times Notable Book. Her second novel, A Seahorse Year (Houghton Mifflin, 2004), was named a Best Book of the Year by the San Francisco Chronicle and Newsday and won both a Lambda Literary Award and a Ferro-Grumley Award. Her third novel, The Sky Below, was published by Houghton Mifflin Harcourt in 2009 (a favorite book of the year for the Los Angeles Times, the Chicago Sun Times, and the New York Times). Her fourth novel, Wonderland, was published by Houghton Mifflin Harcourt in 2014 (named one of the ten best books of the year by Time and the BBC, also among NPR’s best books of 2014). Her nonfiction book The Art of Intimacy: The Space Between was published by Graywolf Press in 2013. D’Erasmo’s articles and podcasts have been published in The New York Times Book Review, New York Times Magazine, Ploughshares, Interview, The New Yorker, and the Los Angeles Times. She is currently an Associate Professor of Writing at Fordham University in NYC.